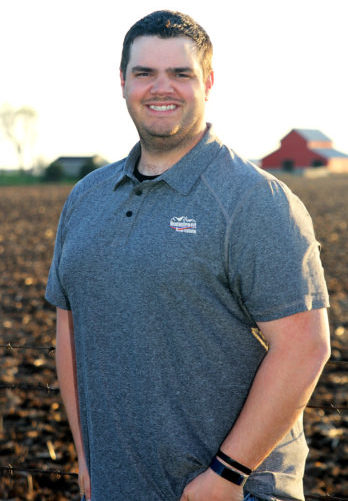 Ian Sparks was born and raised in Winterset, Iowa where he attended and graduated from Winterset High School. After receiving a degree in media production from Sterling College in Kansas, Ian spent five years doing photography and video production work for two nationally branded real estate companies. This is where Ian discovered his love for land and the desire to want to help others turn their dreams of land ownership in to reality.

Growing up, Ian spent a lot of time on the family farm and out hunting with his dad and brothers; if not there he was found at his parent’s local bakery in Winterset where he was taught about hard work and making a positive impact on people’s lives. Purchasing a home or land is the largest investment most people will ever make, and that means you need an agent who is just as invested in you.

Ian owns and resides on several acres where he manages and lives out his outdoor lifestyle bowhunting. He has earned a Level One Deer Steward recognition and is an active member of the Quality Deer Management Association. When Ian is not introducing people to hunting or fishing, you will find him with family or behind the computer producing videos for different outdoors television shows. He has helped produce several shows including Victory Outdoors, Buckventures, and Whitetail Properties Television. After all the years of serving customers at his parents bakery or filming hunters across the United States, Ian’s ability to create immediate relationships is astonishing.

Ian was great at helping me find the right house for me! He showed me anything I wanted to see (as many times as I wanted to see it) until I found the right one! He also has some great recommendations for financing, home inspections, etc. Thanks, Ian!!
~ Heather Thomlinson-Gaytan

Ian helped us get the land we’ve been dreaming of!! Thanks so much Ian for your work to get the deal done so quickly!
~ Kimberly Black and Chris Mart

We first met Ian when he showed up on our doorstep one afternoon asking if we might want to sell our property in Madison County. He was acting on behalf of one of his clients, and I thought that was pretty impressive that he would get in his car and drive up to Des Moines and knock on someone’s door! As it turned out, we had just decided to sell our property about two weeks before. Perfect timing!

Ian was absolutely wonderful to work with as we proceeded with the sale of our property. Even though he was in Winterset and we were in Urbandale, we were able to easily communicate in a timely manner. He was prompt in responding to messages whether by text or phone, and we appreciated that. Ian also kept us updated with activity on the property while it was on the market. Ian’s hard work and attention to details contributed to the success of this transaction. Whether you are buying or selling, we highly recommend the services of Ian Sparks.  Ian worked hard for us, and we are confident he will work hard for you.
~ Doug Leonard and Janis Ware

Homefront Real Estate is licensed in the state of Iowa. 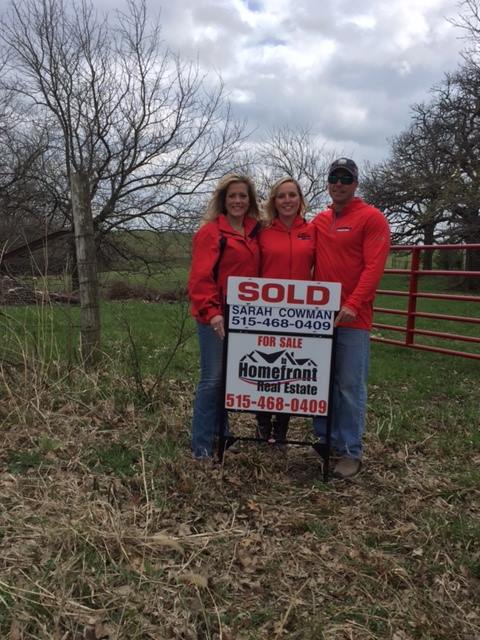